The Female Future of Work

Mumbai is the latest city to introduce traffic lights representing female figures at its pedestrian crossings. At a time when politics couldn’t be more polarised, it’s not surprising that the gesture sparked more controversy than conversation. But what can it tell us about gender equality in the workplace and The Female Future of Work?

Public opinion. In the last two decades we’ve seen its power rise, thanks in large part to the so-called Web 2.0 – a new wave of online platforms, websites and applications that enable and encourage participation via user-generated content and curation.

Today, every person with a smart phone is a publisher. Using social media, a global audience is available instantly – to inform and educate, to mobilise and organise, and even, to instigate and incite.

If you were to follow the online stories of the installation of female pedestrian traffic lights in cities around the world, you would quickly uncover a complex narrative of controversy and conflict.

In one camp is a new generation of urban planners who, in support of gender equality, advocate that the traffic signs help to combat unconscious bias. Twenty years into the new millennium and it is a sad reality that in many parts of the world women remain invisible, both politically and economically, and are denied equality. The female traffic signs, new city planners argue, are a small gesture towards gender equality and inclusion.

For some women, including many feminists, the signs are nothing more than a token gesture and fail to address the more urgent and serious needs of urban women, such as physical security and accessibility to public services.

Then, in still another camp are those who strongly oppose the signage, claiming that the female traffic signs indicate increasing – and unwanted – political pressure on local and national governments by feminists.

As polarised as these viewpoints are, what they provide us with is useful insight into how society views women.

But what of women in the workplace, where gender inequality persists and manifests in a myriad of ways, from wage inequality and lower opportunity to sexual harassment and bullying?

It helps to see the phenomenon in two dimensions: first, in systemic or institutionalised inequality, which is often embedded in organisational structures, processes and practices; and second, in behavioural inequality, manifesting in sexism and negative bias.

It’s important to see the link between these two dimensions. Because there is strong evidence to suggest that the prevalence of institutional inequality and discrimination provides a kind of socializing context for behavioural inequality. In other words, where systemic inequality is present, there is likely to be higher levels of sexism and gender-based discrimination in practice.

So, how do organisations move towards achieving occupational equality and equal outcomes for womxn: a new term that, in an attempt to move away from patriarchal language, includes not only cisgender women, but also trans women, non-binary people, and people who identify as female?

A necessary starting point for gender equity is gaining a deeper understanding of gender perception among an organisations’ employees.

The Motto Gender Perception Assessment is a validated perception measurement tool developed by organisational development specialist, Dr. Mariheca Otto. The tool helps organisations re-calibrate their gender balance and accelerate the participation of women in the workplace.

“We know that perception drives behaviour, which in turn can be productive or dysfunctional”, says Dr. Otto.

“Our assessment tool and subsequent action plans help organisations to create environments in which women are self-empowered and view themselves as equal, and where men assist in creating an inclusive culture.”

For Dr. Otto, analysis is key. The Motto Gender Perception Assessment consists of two surveys, one administered to women, to measure their perception of themselves, and the other administered to men, to measure their perceptions of women in the workplace. The data from the females’ and males’ surveys is then compared to identify gaps in perceptions, and to indicate areas for focused attention.

For organisations having to adjust to the ‘new normal’ of working from home, the Motto Gender Perception Tool™ couldn’t have come at a better time. Analysts predict that decades of advances towards gender equality are under threat as women try and juggle work and childcare. Also, as the pandemic continues to negatively impact business, women are easy targets for redundancy and retrenchment.

In South Africa, where August has become synonymous with Women’s Month, the call to act is urgent and inclusive. Together, we must do more: More to widen our understanding of gender equality and diversity. More to change our perceptions of women and women’s role in the workplace. And more to recognise the fact that women’s work counts – rand for rand, and dollar for dollar.

Felicity Hinton is the founder and chief strategist at Humanist, a culture-change agency that helps transform people for business success. Previously, she worked in human performance solution design, and advertising. She is a certified change manager (UCT), has a Bachelor’s degree in English (Wits), and has won several awards for her business writing, including a Silver Quill. 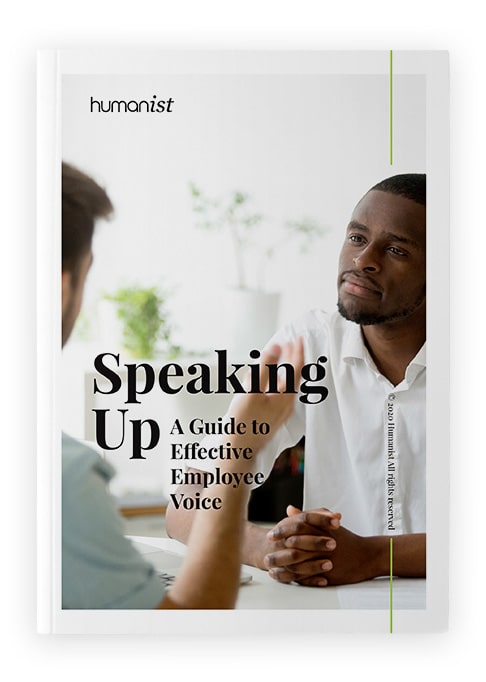 Looking for the definitive guide to employee voice?

Receive our latest news and insights